Knights of the Garter

King Edward III founded The Most Noble Order of the Garter in 1348 as a noble fraternity consisting of the King, the Prince of Wales, and 24 Knights Companion. This group was chosen for their chivalry and valor at the Battle of Cre'cy in France two years earlier. Three of the original founders are among the ancestors of William Clopton, Gentleman, of Virginia and his descendants:

There are several versions of the origin of the Order. The most picturesque is the following anecdote said to have been recounted directly by King Edward.

Edward III was crowned King of England on February 1, 1327, at the age of fourteen.  His age, and the fact that he had lived in the shadow of his father's craven lifestyle, could explain his idealism and his admiration for King Arthur and the Knights of the Round Table.  Unlike his father Edward II, who had been a weak ruler, the young Edward desired to prove himself through acts of valor; he quickly gained the respect of his people by following the standards set by his grandfather, Edward I.

Tradition has it that during a ball held to mark King Edward III's recent victories in France, the garter of a titled lady fell off while she was dancing.  Some say it was the Countess of Salisbury and others argue it was Joan of Kent. Whoever she was, she was saved embarrassment by the king's quick action.  He immediately picked up the blue garter, slipped it about his knee, and declared "I shall turn it into the most honored garter ever worn."

One account has it that the words honi souit qui mal y pense was inscribed on the garter while another attribute the words to the king himself.  No matter, the words provided the motto for Europe's oldest surviving order of knighthood:  "Shame on him who thinks ill of it."

The conferment of the Order entails adoption into knighthood and, for the Knights Companion, the right to use the title "Sir" before their Christian names.  Further, the holders of the Order are entitled to add the letters "K.G." or "L.G." after their surnames or title.  From the earliest times ladies were received into the Order as "honorary members" but this practice died out under Henry VIII.  It was not until the reign of Edward VII that the King's Consort was automatically a "Lady of the Garter."  The statutes of the Order have recently been amended to allow admission of females as Ladies Companion. The first such admission was that of Lavinia, Duchess of Norfolk, in 1990.

Those who visit Windsor Castle may see St. George's Chapel, founded the same year as the Order.  This living church, burial place of many sovereigns, belongs to the College of St. George and is supported in part by contributions of The Society of the Friends of St. George and Descendants of the Knights of the Garter.

Descendants of William Clopton, Gentleman, and his wife Ann (Booth) Dennett are eligible to belong to The Society of the Friends of St. George's and Descendants of the Knights of the Garter.  Applications may be ordered by emailing friends@st-georges-windsor.org or writing to:  The Honorable Secretary, The Curfew Tower, Windsor Castle, Windsor, SL4 1NJ.

Annual meetings of Descendants are held in Australia, New Zealand, and Washington, D.C.; while, the Garter Ceremony - at which the sovereign of the U.K. presides - takes place each year at St. George's Chapel, Windsor Castle, in England. 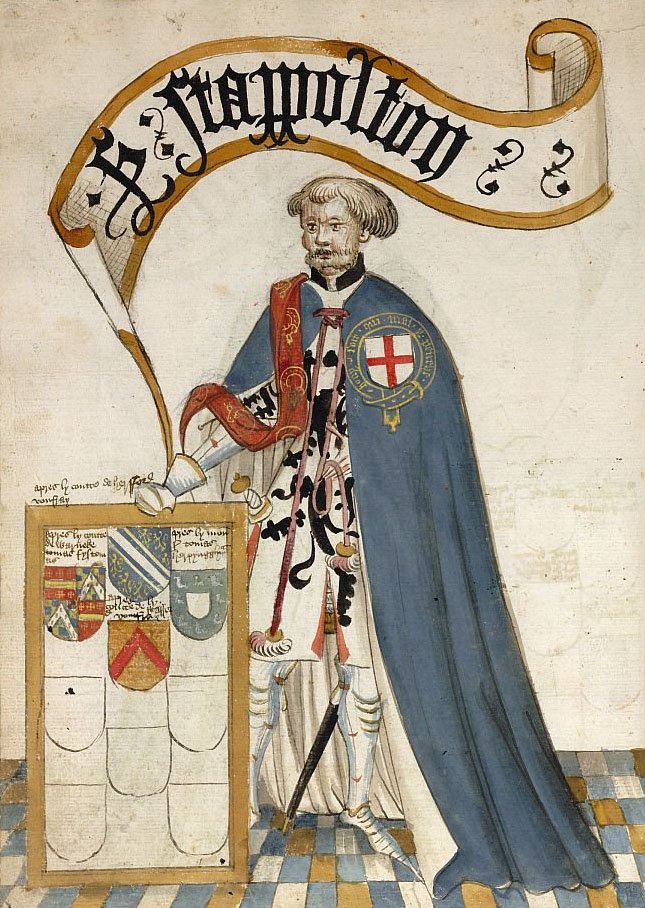